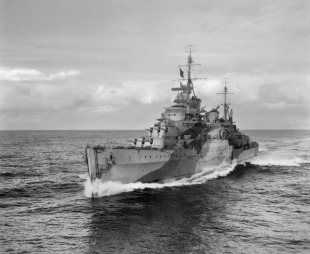 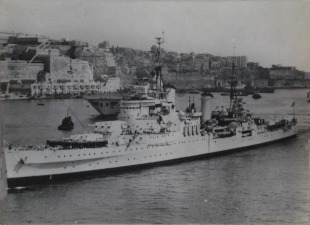 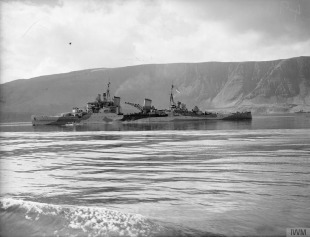 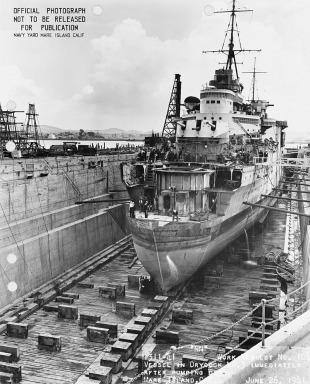 HMS Liverpool, named after the port city of Liverpool in north-west England, was a Town-class light cruiser of the Royal Navy in service from 1938 to 1952.

During the Second World War, Liverpool gained four battle honours and was seriously damaged in two attacks by Italian torpedo bombers. The cruiser operated variously with the naval stations in the East Indies and China and with the Mediterranean and Home fleets. While assigned as flagship to the China Station in January 1940, the cruiser instigated a diplomatic incident with Japan when she intercepted the liner Asama Maru off the coast of Japan. Liverpool took part in the battles of the Espero Convoy and Calabria, the Arctic Convoys, and Operation Harpoon during the Malta Convoys. On 14 June 1942, during Operation Harpoon, Liverpool suffered an air attack and had to undergo repairs and refitting at Rosyth, Scotland for the remaining of the war.

Liverpool returned to service in 1945 and was assigned as flagship to the Mediterranean Fleet. In the early 1950s, the cruiser harboured in Port Said to support the British Administration of the Suez Canal Zone, when Egyptian guerrillas campaigned against it. The cruiser was decommissioned in 1952 at a time when the Royal Navy was rapidly contracting in strength. Liverpool was broken up in 1958, at Rosyth.