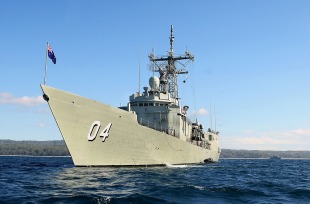 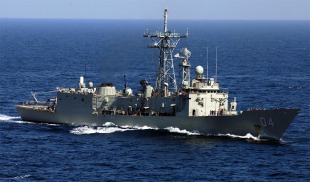 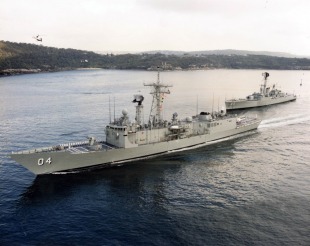 HMAS Darwin (FFG 04), named for the capital city of the Northern Territory, was an Adelaide-class guided missile frigate, formerly in service with the Royal Australian Navy (RAN). One of four ships ordered from the United States, Darwin entered service in 1984. During her career, she has operated in the Persian Gulf, as part of the INTERFET peacekeeping taskforce, and off the Solomon Islands. She was the frigate long-hull variant (Flight II). The frigate underwent a major upgrade during 2007 and 2008. She was decommissioned on 9 December 2017 and was supposed to be scuttled as a dive wreck in Tasmania, but the deal was pulled by the Tasmanian Government and her fate remains uncertain.