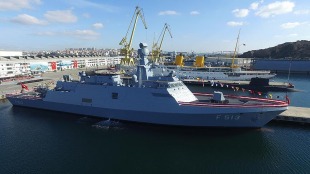 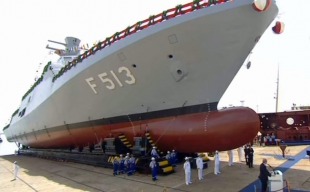 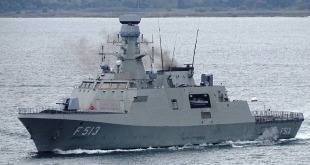 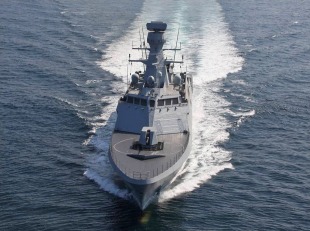 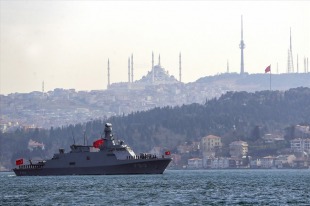 TCG Burgazada (F 513) is an Ada-class ASW corvette of the Turkish Navy, built as the third combat ship of the MILGEM project. Burgazada was named after Burgazada Island, which is part of the Prince Islands archipelago in the Sea of Marmara, to the southeast of Istanbul.

The construction of TCG Burgazada began on 17 December 2014 at the Istanbul Naval Shipyard as the third combat ship of the MILGEM project. She was launched on 21 June 2016. After outfitting works, sea trials began in March 2018. She was commissioned on 4 November 2018.

TCG Burgazada is an Ada-class corvette featuring a landing platform for ASW/ASuW helicopters, and is teamed with Harpoon anti-surface missiles and a 76 mm (3 in) OTO Melara Super Rapid gun. She is equipped with the indigenously-developed combat management system GENESIS.