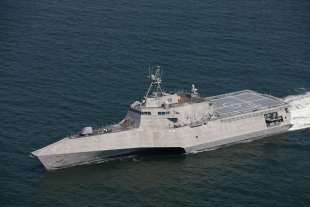 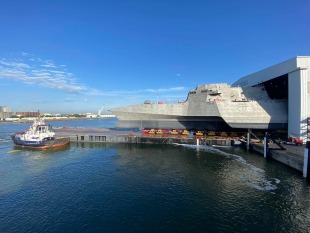 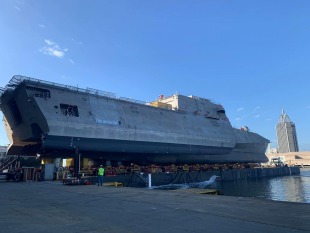 USS Santa Barbara (LCS-32) is an Independence-class littoral combat ship of the United States Navy. She is the 32nd ship of the type, and 16th of the class, which is inter-numbered with the Freedom-class littoral combat ships. With 35 LCSs now active or planned, the type is the Navy's second largest number of surface warfare ships in production, next only to its guided missile destroyers. She is the third US Navy ship to be named for the city of Santa Barbara, California.