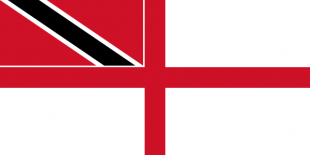 The Trinidad and Tobago Coast Guard is responsible for the maritime capabilities of the TTDF. The Coast Guard consists of a number of vessels designated CG.

Its mission statements is to «To Defend the Sovereign Good of the Republic of Trinidad and Tobago and to provide on a continuous basis, quality service for security and safety within the Maritime Boundaries, and in any other area of responsibility agreed to by the State to fulfill its International Obligations».

The Coast Guard is primarily involved with the Drug Trade interdiction as well as Search and Rescue within the waters of Trinidad and Tobago and neighbouring Islands. However the Coast Guard has been involved in major incidents. During the 1970 Army Mutiny in Trinidad and Tobago, the Coast Guard prevented the mutineers from convoying to Port of Spain by firing on an access road from the Regiment base at Teteron Barracks in Chaguaramas. The Coast Guard also played a role during the 1990 Attempted Coup ,providing logistical and naval support to the ground forces of the Regiment, posted outside of the besieged city limits.