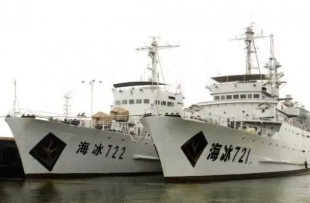 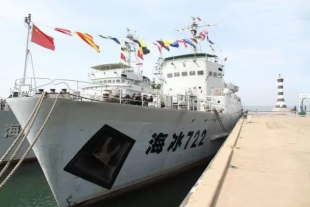 Type 071 icebreaker with NATO reporting name Yanha class is the first generation icebreaker indigenously developed in China for the People's Liberation Army Navy (PLAN). A total of two ships in three different type configurations were built and all of them have been decommissioned and replaced by Type 210 icebreaker.

In 1969, large scale icing in Bohai Sea caused great economic loss and proved that older icebreakers built before 1950 were simply too small and too old to perform icebreaking duties effectively in severe icing conditions. Chinese premier Zhou Enlai ordered that China must build icebreakers of its own design to handle the job, and accordingly, PLAN issued Order 082 for initial requirement, and Qiuxin Shipyard of Jiangnan Shipyard was assigned to do the job. From March 14 thru March 19, 1969, a team from Qiuxin Shipyard was sent to Tianjin Navigational Bureau to obtain detailed information for the design, which was submitted to PLAN and approved by PLAN Order 813. Construction begun in September 24, 1969 and the first ship was completed in just a hundred and one days. Because the program was rushed to meet the urgent need, some modifications were not be incorporated in the first unit, but had to wait until the second unit to apply these changes. Consequently, the second unit with modification is re-designated as 071. Experience gained from deployment provided suggestions for further upgrade of the second unit, which was subsequently designated as 071G, with G stands for Gai, abbreviation for Gai-Jin, meaning improvement in Chinese. This second unit after receiving modification subsequently had its named changed to Donghai 519. These ships are constructed of manganese steel (24 mm thick at bow) and are capable of breaking ice of one meter thick. Type 071 series are named as Haibing, meaning Sea Ice in Chinese, followed by a three digit number.