Leonardo da Vinci (1452-1519) made sketches of a submarine and William Bourne, a British mathematician, drew plans for a submarine in 1578. But it was only in 1620 that Cornelius van Drebbel, a Dutch inventor, managed to build a submarine. He wrapped a wooden rowboat tightly in waterproof leather and had air tubes with floats to the surface to provide oxygen. Of course, there were no engines yet, so the oars went through the hull at leather gaskets. He took the first trip with 12 oarsmen in the Thames River — staying submerged for 3 hours.

The first submarine used for military purposes was build in 1776 by David Bushnell (1742 — 1824) of the US. His «Turtle» was a one-man, wooden submarine powered by hand-turned propellers. It was used during the American Revolution against British warship`s. The «Turtle» would approach enemy ships partially submerged to attach explosives to the ships`s hull. The «Turtle» worked well but the explosives did not. 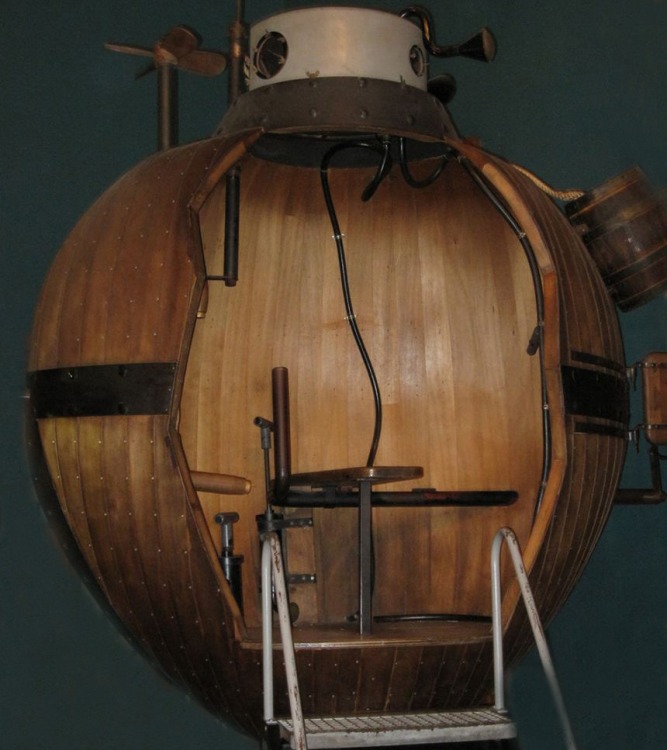 Two rival inventors from the US developed the first true submarines in the 1890s. The US Navy purchased submarines build by John P Holland, while Russia and Japan opted for the designs of Simon Lake. Their submarines used petrol or steam engines for surface cruising and electric motors for underwater travel. They also invented torpedoes which were propelled by small electric motors, thereby introducing one of the most dangerous weapons in the world.

The submarine Type VII-class
At 21 minutes to eight in the evening of 3 September 1939, the SS Asthenia, outward bound from Liverpool to Montreal with 1400 passengers, was struck by a torpedo. This was the first attack in the Second World War to be made by the German Navy, and the torpedo was fired by U-30 type VII U-boat, commissioned in 1936. On 10 July 1945, the British st...

Company Odyssey Marine has found the second sunken ship with silver
That's luck! American treasure hunters found in less than a month two shipwrecks full of silver.
No comments yet
Log in or Register to write comments
shipshub.com © 2008 - 2023